Due to a busy week at work, Jeff wasn’t able to work on his opening address for this month’s newsletter. All the important information for July and what we know of the rest of the year is below. 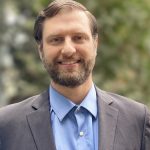 Sounds like things will slowly return to a new version of “normal” over the next couple of months. But since we have at least another month before we can get back to indoor meetings, we are scheduling one more Zoom meeting for July. Our presenter will be bonsai professional Todd Schlafer of First Branch Bonsai. Todd is a traveling professional and collector of yamadori with a garden in Denver, Colorado.

Reminder: The Jonas Dupuich JBP meeting is still available via the previously sent zoom link. We have also put the Eric Schrader California Cypress and Sergio Cuan Deciduous Bonsai recordings on the Vimeo website where they can be watched via password. The links and password were sent in a separate email to club members. We can keep the videos online for a year and we will also get them on a DVD for the library.

The following is excerpted from an interview at the National Bonsai Federation in Washington, D.C. “I was at a market in Spain that had a ‘grow a bonsai from seeds’ kit,” said Todd Schlafer. “I brought it home and tried to grow the bonsai, and it sprouted but died. Then I just started looking for bonsai. I was working as an art director for a pet toy company called Kong, and there was a wholesale nursery called “Colorado Bonsai” near where I worked. I started volunteering on Saturdays, Sundays and after work, and the owner Harold Sasaki introduced me to a man named Jerry Morris, who took me to Utah for the first time to collect trees. Then I met Ryan Neil while he was traveling around, and he invited me to go out to Oregon and stay there with him. In my head, to get to where I wanted to be, I probably needed to do this full time. And at the time, I was getting up at like six in the morning, working on trees until I had to go into work, and then I would come home and work on trees until I had to go to bed.

On the weekends, I would go to the mountains and all of that, so I was already pretty involved. But I wasn’t happy with my job at the store and one day, I was saying to my dad, “something needs to change.” He asked, “If money wasn’t an issue, and you could do anything you wanted, what would you do?” I said, “I would do bonsai and collect trees.” And he said, “Then that’s what you should do.” He said that to me twice, and after the second time, I decided to pursue bonsai as a career, specializing on collected trees. Working on collected trees, whether it’s the initial structure or the repotting, is very rewarding once it’s finished, but while you’re doing it, it’s very stressful. Everyone thinks, ‘Oh you’re just going to trim your bonsai and have a glass of wine,’ but that’s not really it at all. If you kill a tree, then it hurts a little. But there are all sorts of things that come out of it that are very rewarding. Finding someone to work with is also important. Even when I was still pursuing bonsai as just a hobby, I found someone that I kind of tuned to, like how they design trees or what their approach was, and I stuck with that one person.

The first Japanese Black Pine I had years ago, started growing these really long candles in late spring. Like so many times in my early (and not so early) bonsai life I had no idea what I was doing. Should I cut those off? They look so healthy, should I let them grow? In the end I think I cut them in half. It wasn’t that great a year for my tree. Last month, we learned all about the art of candle pruning and needle pruning black pines from an expert, Jonas Dupuich. Jonas runs a Northern California bonsai nursery where he teaches and writes about bonsai. He is the author of The Little Book of Bonsai and the Bonsai Tonight blog.

He grows a variety of different species and specializes in developing black pine bonsai from seed. He told us he doesn’t usually decandle a black pine before it is 8-10 years old. Then he uses really sharp scissors, inserting them into the tree in a closed position so as not to damage fine branching or other clusters. He snips as square as possible and cuts a fraction higher up the candle to leave room for future buds. Jonas keeps an eye on the health of his trees and waters accordingly. He checks his soil and likes it to be 50-70% dry before rewatering. If he sees a lot of yellowing needles he knows he is over watering. Normally he waters every other day. His “pine calendar” is: winter, wire his trees; winter/spring, repot; summer, decandle. He also often needle prunes just after candle pruning, leaving 5-8 needle pairs. Sometimes, he leaves a few longer needle clusters as sacrifice branches. His water tanks have various amounts and types of fertilizer in them, so he almost constantly fertilizes. He uses neem meal, conttenseed, fish emulsion, Dr. Earth and Dynagrow. I told my black pines that I’m a much improved pruner now, but they still seem a bit nervous.

Lotusland: A year in the making: BCSB bonsai display

In March 2020, Terri Clay, Lotusland’s Japanese Garden Pruning Specialist and newest member of our Club, and I (one of her lowly volunteer students) were looking at the space behind the newly finished pavilion, which was being touted as a secret garden. It seemed to be lacking something. “Any ideas?” Terri asked. “We could put in some bonsai,” I suggested. “Just what I was thinking,” she said. That “seed” of an idea began more than a year of planning how to make the space work. We also had to convince Lotusland’s already overworked garden staff that a new display was a good idea. And we (Terri, that is) had to convince Lotusland’s always cash-strapped administration that the expenses would be minor.

A major consideration was water. Whereas, many of the areas in the Japanese Garden get watered once or twice per week, that wasn’t going to work for little pot-bound trees. Fortunately, a generous Lotusland donor, who has supported a number of large Japanese Garden projects, donated money for our own timer-controlled system, the beautiful stands, created by Lotusland’s longest serving gardener, Mike Furner, and other site improvements. We now have five trees on display. There has been a lot of interest and kudos from visitors and LL staff. On June 14th, a majority of the Bonsai Club of Santa Barbara’s Board visited the site ( Susanne Barrymore and Steve Gibson could not make it). Our next step is to create a system of swapping out trees on a regular basis, so that other members of the Club can showcase their trees at prestigious Lotusland. More to follow on that.