PRESIDENT’S MESSAGE: THE FUTURE AND BEYOND! 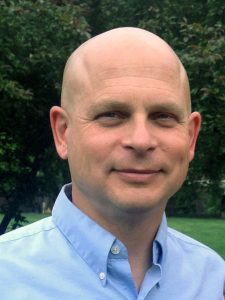 As you well know (or are quickly finding out), now is the busiest time of year for bonsai practitioners. It is for our club as well. For starters, Ernie Witham has provided us with a summary of Eric Schrader’s very insightful presentation on California’s native cypress species as bonsai from our March meeting.

April’s club meeting will be a virtual presentation by the multi-talented Sergio Cuan of M5 BONSAI WORKS. Details on the meeting are also below, including a new date and time, as we are partnering with the Conejo Valley Bonsai Society to bring Mr. Cuan and his trees to you (virtually). Many thanks to Allan Hemmy for doing all the heavy lifting to organize all of this.

In May we are usually busy preparing our trees for the annual club show. So, while the bad news is that COVID-19 has cancelled our show again, the good news is two-fold. First, I’m happy to announce that thanks to the tireless efforts of our fearless Treasurer Carol Hicks and our smooth-talking former President Joe Olson, we will be returning to Trinity Lutheran Church for our 2022 show.  The second piece of good news is our upcoming May 2021 meeting will keep everyone pleasantly on their bonsai toes since the meeting’s virtual bonsai celebrities will be (drum roll please, Ernie) …..your trees.

That’s right folks. Our online May meeting (11 May at 7:30 PM) will be a “BCSB Tree Appreciation (and improvement suggestions if you want them) Extravaganza with Q&A”.  While being stuck at home for the last year has had the benefit of being able to give our trees constant love and attention, we likely haven’t had many visitors to show the results of our hard work. Therefore, we would like members to use this May meeting to show their trees (in any stage of development) for the appreciation of the working
club. If the tree owner wishes, club members can provide group feedback on styling decisions or horticultural tips. Note, one of the advantages of doing this via Zoom is that we can also keep everyone muted if you don’t want comments! Members can also pose tree questions to the entire group, even if you don’t want to share a specific tree. Look for a BCSB email in early April with tips on how to take the best pictures and videos of your trees using your mobile phone. The email will also include instructions on where to send or upload your photos and/or videos. Allan Hemmy and I will coerce our dear friend Danny Martinez (by holding one of his prized junipers hostage) to help us compile your photos and videos for the May meeting. We would love to have every member participate in whatever way they feel comfortable, but being uncomfortable is OK too! I personally plan to put my “most challenging” tree on the docket to make sure you folks are hard on your bonsai problem-solving skills.

Finally, we are looking forward to our online June 8th meeting, where Bay Area bonsai professional Jonas Dupuich (BonsaiTonight.com) will present on Japanese Black Pine development and refinement techniques. This will be timely for many members as we head into decandling season.  In the meantime, bonsai hard and water soft, my friends.        Jeff 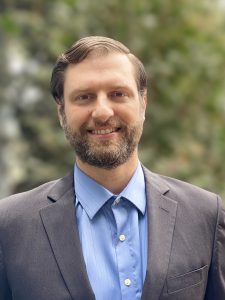 We have changed the date and time of the April meeting to Thursday, April 15th at 7pm PDT to accommodate our presenter Sergio Cuan on the East Coast. The Zoom meeting link will be sent out the weekend before the meeting and again on the day of the meeting. We will also have members of the Conejo Valley Bonsai Society joining us for this meeting. Mr. Cuan will give a slide presentation on bonsai progression and development of some of his trees utilizing different techniques and design concepts. His biography is below and you can visit his website (www.m5bonsaiworks.com) to see more of his incredible trees.
Sergio Cuan is a visual artist who graduated with a BFA in Art and Design from Pratt Institute in Brooklyn, NY. Sergio works professionally as a creative director for a major entertainment company in New York City. A highly versatile artist working on a diverse range of projects across the globe which include hotels and resorts, on-air rebrands, consumer products, live events and themed parks. He also has a passion for painting and horticulture alike. Early on he realized that bonsai was the ideal 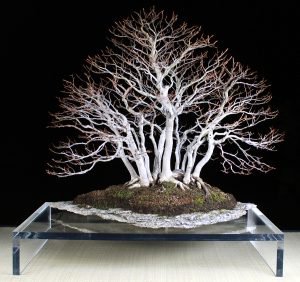 synthesis of both. As a result he became fascinated with bonsai as an art form. Sergio Cuan (AKA MACH5 in the bonsai community) is a largely self taught bonsai artist. He has taken workshops with prominent bonsai masters Bill Valavanis, Mauro Stemberger and Bjorn Bjorholm which he continues to take periodically to further his own bonsai skills. Although Sergio works on a variety of conifers such as Engelmann spruce, Subalpine fir and Eastern white cedar, he has developed a particular interest and passion for a wide range of deciduous species which include maples, elm and beech among many others. In 2014 he built a bonsai garden in Northern New Jersey in a beautiful setting surrounded by rolling hills, lakes and deciduous forests. The garden which is inspired by Japanese design aesthetics, features a

diverse bonsai collection of species. Recently, Sergio started to conduct virtual consultations, workshops and lectures for groups as well as individuals from his own studio and garden. Sergio believes that bonsai as a true art form holds commonalities with painting, drawing and sculpture. Although the artist is bound by the physical limitations of the plant material itself, bonsai can be effective vehicles for self expression. But unlike other art forms, bonsai is alive and constantly evolving. The bonsai practice is an intimate and continued dialogue between artist and nature. This relationship gives bonsai its own unique dimension. Sergio also believes that one must allow for the tree to help guide us as we strive to evoke a clear and crystallized expression of nature in its most essential and simplest form.     Allan

My idea of a good hike is going to the mailbox and back or getting my own beer from the fridge. Or, occasionally, walking on the golf course when I get the cart stuck between two trees. But a few years ago we were on the Mendocino Coast  and heard there was a Pygmy Cypress forest “near” Jughandle State Reserve. So we walked and walked by many great Monterey Cypress (but no pygmies). Then we ran into a couple who knew a lot about pygmy forests. 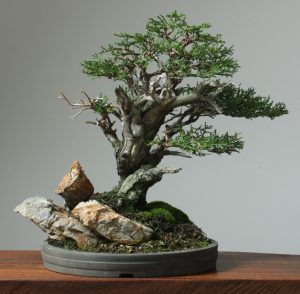 “The stunting of vascular vegetation can be attributed largely to two environmental factors, the Blacklock podsol and moisture availability,” the man said. “The surface of the soil is extremely acid, having a pH of 2.8-3.9. It is also low in available nitrogen, phosphorous, potassium, and micronutrients,” the woman added. “So they can’t grow normally.” I think they might have been professors. They also told us we had about two more miles to go. “Goodbye pygmies,” I said. Then they told us there was another spot you could drive right up to. So, we took the Little River Airport Road off Route 1 and sure enough, there it was. “This is it? I was expecting bonsai size?” Turns out pygmy cypress trees grow to about six feet, which is a lot shorter than their normal 80-100 feet but certainly not bonsai. So I figured maybe you couldn’t actually bonsai pygmy cypress (or Monterey). Eric Schrader has now convinced me otherwise. 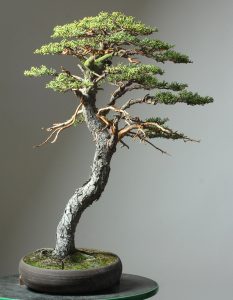 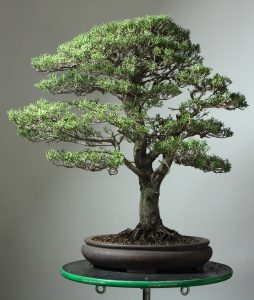 The Schraders, Eric and Dory, are on a mission to increase the human connection to nature through making beautiful bonsai accessible to everyone. To educate and facilitate enjoyment of bonsai as a hobby. And to do so sustainably with a carbon neutral impact to the planet. They have created an easy-to-navigate online shop for all things bonsai (www.bonsaify.com) and they have an informative blog site (www.phutu.com) with articles on numerous topics from development to refinement. You can sign up free for news and updates at the site.

Last month, Eric presented a slide show and discussion on Cypress trees. A former professional photographer, Eric had some great photos of both Monterey and Pygmy Cypress, also known as Mendocino Cypress in the wild. He also shared photos of Cypress he had turned into bonsai, including the beautiful ones you see here. 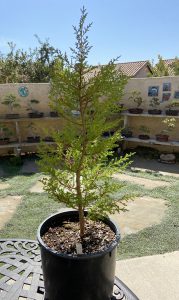 In the wild, Cypress tend to grow foliage at right angles, out then up. If let to grow too long you can get a lot of die-back, so Eric suggested wiring branches straight out or upward instead of downward like some conifers. He also suggested keeping foliage, especially top foliage, pruned back. He said Cypress also grow well from seeds. You can collect cones in late summer or early fall. Collect more than you might think you need as not all have viable seeds.

Cypress are not temperamental about watering and can tolerate a variety of conditions. They like regular fertilization. Bark begins developing about ten years from seeds. There are pests to worry about including spider mites, caterpillars and minute cypress scale but theses can be controlled with insecticides such as Permethrin or Urocon. For scale lime sulphur works well.

As you can see, though, Cypress do make gorgeous bonsai, especially in the hands of an expert like Eric Schrader.

Part of the reason I was so excited to learn more about cypress bonsai is that I have a Monterey that was propagated from a 150-year-old tree from Lotusland in Montecito. The tree had reached the end of its lifespan and was being held together with heavy cables and finally had to be taken down for safety reasons.

Here is my future bonsai. Any suggestions, Eric? (or anyone?)     Ernie